Home / Uncategorized / WHO WILL PAY FOR EUROPE’S DEBT? YOU AND YOUR IRA! 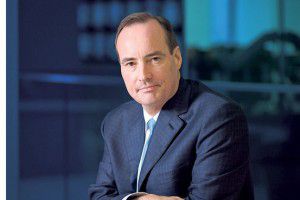 WHO WILL PAY FOR EUROPE’S DEBT? YOU AND YOUR IRA!

“Spain will be the next Southern European nation to default and to need a major bailout, and it is the most pivotal. The size of the potential bailout of Spain, in the hundreds of billions of dollars, is enough to cause the economically stronger northern nations to question whether to continue to bail out one nation after the next.

“Furthermore, the crises have not been limited to a single default and bailout per nation. Gree

John Clarke and Bryan Dawe calculate the cost of the European debt crisis – A comedy routine. It may seemed hilarious but this is actually what’s happening. Without all the financial jargon, any layman can understand what is happening to the current economy crisis.

ce has defaulted twice, and Ireland and Portugal will default further. Spain is likely to be the straw that breaks the camel’s back in Europe. Concerns over the crisis in Spain among the EU nations are likely to grow over the coming months and year. It is hard not to see a crisis in Spain by the end of the year, if not by this summer.” Economist/Author, Harry S. Dent – from the HS Dent Forecast 10 May 2012

Get the real numbers and charts on Spain and Europe! Watch this slideshow from Bruce Weide and Harry S. Dent!

Who Will Pay For Europe’s Debt? You and Your IRA!

http://www.StraightTalkWealth.com | In America, there’s a failure to appreciate Europe’s leading role in the world. – Barack Obama – European government and private debt is on an unsustainable and unsolvable path.

The above is the PROBLEM. Watch this shorter slide show, and Bruce will give you the SOLUTION! What can you do to Prepare, Protect, and Prosper in the coming decade?

How to Protect, Prepare, and Prosper in the Coming Decade of Change

http://www.StraightTalkWealth.com | PART 2 of a Series from Straight Talk Wealth Radio. How do you overcome volatile markets that are about to burst again, but close to zero interest rates at the bank? If the market doesn’t destroy your wealth, inflation will!

By now you really need a GOOD LAUGH! Check out this video by John Clarke and Brian Doyle, and lighten up again.