Home / Economists - Bulls and Bears / Bears / David M. Stockman / The Peak of Globalization and What Comes Next 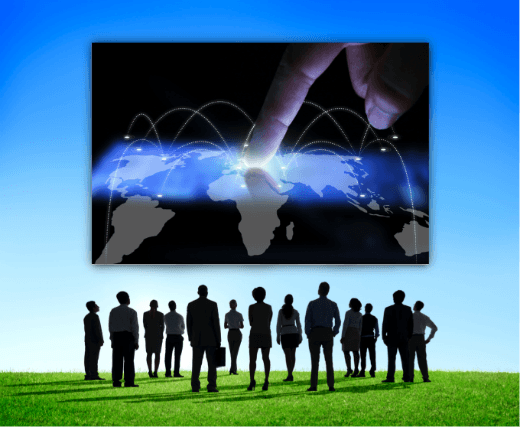 The Peak of Globalization and What Comes Next

Everyone wants to knows what the election of Donald Trump foretells about the economy and the markets. However, going just a little deeper, I’m fascinated with the events and authors who have been foretelling of the success of Donald Trump. Because it seems to me that if you really understand those forces – the precursors that would have brought about Trump or somebody else in his place, then I figure I can better understand the inevitable outcomes.

2 Authors to Begin With – Harry S. Dent and David Stockman

In doing so, I have been digging into the work of 2 of my favorite authorities, starting of course with my friend, NY Times Bestselling author and renown market forecaster, Harry S. Dent. Harry has been analyzing the likelihood of President Trump at least since last June, 2016 when he published a brilliant infographic, 7 Startling Reasons Why ‘The Donald’ May Become President Trump.

And as ironic as it may sound to have elected a billionaire as a solution, the cause essentially comes down to the global “Wealth Gap”, and the fact that any recovery we may have seen since the Great Recession of 2008, has by far more greatly benefitted the wealthy and Wall Street, than it has the average american worker. And this very situation also generated the push on the far left with Bernie Sanders.

As I had been digging on this, Harry further articulated the big picture about this in his October publication of The Leading Edge, with his article of the same title as this blog and our most recent Straight Talk Wealth Radio episode. CLICK HERE to download my copy. (It’s a subscription publication, but I figure Harry won’t kill me for making it available when it’s two months old and I’m imploring you to subscribe, for your own benefit!) 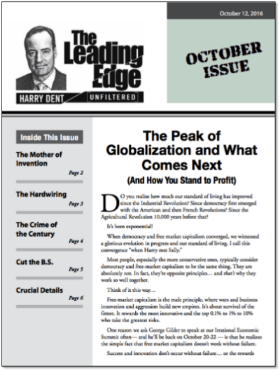 So this week I rang Harry Up to do a little chatting about this all, and you can hear our conversation on this week’s show. CLICK HERE to listen to the podcast.

You can also order a free copy of the entire uncut interview on CD if you CLICK HERE. (Just pay shipping costs). 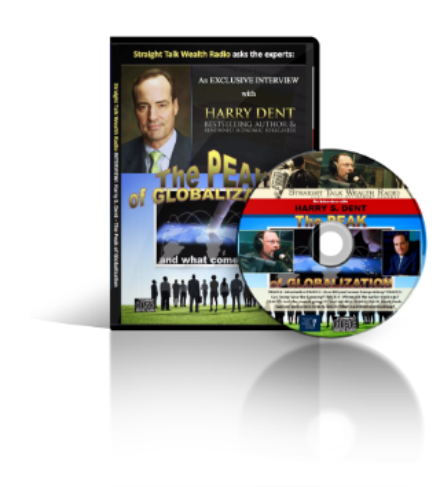 I just started reading Stockman’s brand new book, (it’s WAY LESS of a monster than his previous 2 1/2 lb 750 page The Great Deformation), entitled, TRUMPED: A Nation on the Brink of Ruin and How to Bring It Back. And if you think Stockman is a big trump fan, you will be sadly disappointed. Don’t forget, Stockman was the Director of the Office of Management and Budget under the Reagan Administration, and had the damn gumption to tell President Reagan that he too, like the later George w Bush, we spending like Democrats while taxing like Republicans – sure to bring the explode the National Debt and bring the country to it’s knees.

He’s been on the news quite a bit lately promoting his new book, but I thought I’d sign off this post with a video of his recent appearance on Fox Business News and one that I took a portion of and presented on our recent episode.

BUT HEY! Keep coming back to the blog. Every time we produce a new show I have some background on it here. Let’s keep this going, ok?

Former OMB Director David Stockman on why he thinks some of President-elect Donald Trump’s economic policies are a ‘fiscal nightmare.’